The story about the first private university in this region started from the noble idea of spreading the knowledge and providing the possibility for young people, no matter of physical distance from the respectable world education centers, to acquire knowledge abilities necessary to join the contemporary business affairs.

It was started by Mira and Slobodan Pavlovic, businessman and businesswoman and patriots, who have been living and working in Chicago for forty years now, by foundation of Slobomir P University. 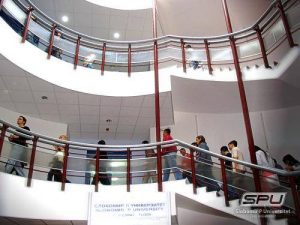 Now, fifteen years later, Slobomir P University became the recognizable brand in the field of education and science, and its big family in the campuses in Slobomir and Doboj consists of six faculties: IT Faculty, the Faculty of Economics and Management, Faculty of Philology, Faculty of Law, Tax Academy and Academy of Arts. 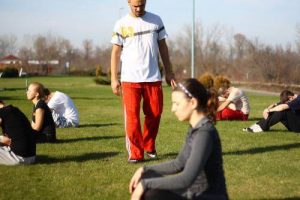 So far this University achieved many significant goals, like the licensing of education plans and programs, establishment of partnership with the respectable universities and business schools from abroad, the creation of the company net with which they cooperate and the increase of the number of study programs, designed to fulfill the requirements of the contemporary business.

The education of staff, who will after the studies make a prestigious working and living career, requires high standards, by which this university is led.

Firstly, that is the highly professional education staff, so the lecturers at the faculty are competent and respectable science workers. In their fields they achieved exceptional results, not only in education, but also in science-research work. The well-established professors are the staff from Belgrade, Novi Sad, Banja Luka, Sarajevo and the region countries, and the lecturers, who gained their titles at Slobomir P Univeristy. One of the privileges that students at Slobomir P University have is the possibility to follow the lessons in the realization of foreign professors and a great number of guest professors.

Students have at their disposal the modernly designed classrooms with all the necessary equipment, restaurants, halls with Internet connection, library, etc. The accommodation in the dorm is provided for the students who come from the other cities.

From the very beginning the University functions according to the principles of Bologna declaration. All the subjects are on term, the exams are taken partially via test and other ways of knowledge assessment. The application of the European credit transfer system (ECTS), i.e. the score system enables our students to eventually go to some other academic institutions anywhere in Europe, but also the arrival of foreign students to our University. 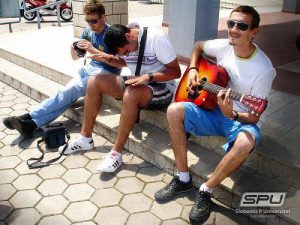 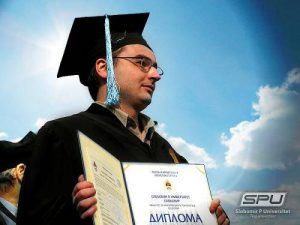 The confirmations of the qualitative work of all the faculties at the University are the numerous awards on the national and international level, from which we especially need to mention the prestigious award “European award for quality”, which is given to the academic institutions which satisfy the highest standards of quality and competitiveness, and it is given by the “Europe Business Assembly– EBA, Oxford, Great Britain” from Oxford.

The things we are most proud of are the results achieved by our students on various competitions in the country and abroad, as well as the success in employment. The research showed that from the total number of graduated students of Slobomir P University, around 80% of them already found employment, which only proves the seriousness and the working quality of this academic institution, its education staff and education plans.

OUR STUDY PROGRAMS – THE GUARANTEE OF YOUR SUCCESS

The study programs at Slobomir P University are developed on the principles of the famous European and American universities, but with certain particularities which enable students to easily orientate in the business affairs of our country and the surrounding. What makes our programs different from the other is the fact that our students are asked, not only to passively listen and accept information, but also a lot of individual and team work, a lot of initiative and proactivity.

WHO ARE OUR PROFESSORS?

The lecturers at the Slobomir P University are experts from science and from the sphere of real business and work. A great number of them gained their titles and accomplishments at some of the European and world universities. However, what SPU makes different from is the fact that the number of teachers and students is one to ten, which many of the biggest world universities do not have. So, the professors excellently know every single student, they are always available to students on the phone, e-mail or consultations. Their willingness for cooperation will surprise you.

WHO ARE OUR STUDENTS?

Our students are creative, independent, cordial and curious. They are the ones who represent the spirit of our University. They participate in many competitions, sport activities, they start numerous cultural and social activities in the surrounding. A certain number of them continues the studying abroad, where they are highly appreciated. Those who decide to find a job, without any difficulties succeed in it. They mainly speak one or more foreign languages. Some of them were or still are doing their students’ internships. Our students are our pride, and you can be among them! 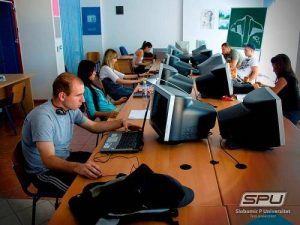 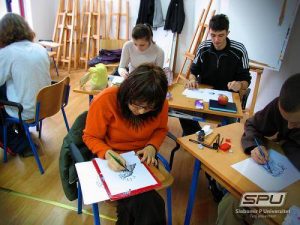 DID YOU KNOW?
– At the Slobomir P University the lessons are organized at the academic and master studies.
– Nowadays at the Slobomir P University, in both campuses (Slobomir and Doboj) there are around 1,500 students.
– So far seven generations graduated at the Slobomir P University, from which over 80% of them got a job in the companies of the Pavlovic family and other economic and social subjects.
– At all faculties the lessons are given by the well-established professors from Belgrade, Novi Sad, Sarajevo and Banja Luka, and the education staff who gained their titles at the faculties of the Slobomir P University. Beside that, the professors from the American and European universities are also engaged in the lessons.
– Beside the partnership with the Northern Illinois University, Slobomir P University established the cooperation with many respectable universities in the surrounding.
– From its founding, Slobomir P University works respecting the principles of Bologna declaration. All the subjects are one term. The exams are taken partially via tests and other ways of knowledge assessment, and the lessons include the implementation of the method of case, projects and other ways of practice.
– In all semesters students listen to the English language, and from the academic year 2008/2009 they take the TOEFL (Test of English as a foreign language) exam.
– Students do their practice in the companies of the Pavlovic family and other respectable companies and like that gain new practical knowledge and experiences.
– Students have at their disposal the world studying conditions – classrooms of modern design, information technology laboratories, Internet club, the lesson realization via computer conferencing between Slobomir and Doboj, phonetic laboratory, the spaces with comfortable rooms, kitchen and Internet connection, two libraries with pleasant reading rooms, fitness halls, restaurants and sport courts in both campuses.
– At the Slobomir P University there is also NIPEKS (Institute for science-research projects, expertise, consulting and seminars), which except for the economy and other subjects does the projects for the Government of the Republic of Srpska.
– At the Slobomir P University the Business Learning Center is formed and it connects the groups of the best SPU students with the organizations which deal with multifunctional business issues, by which the students gain crucial skills necessary for a specific working position. While working on the organizational problems, students develop themselves as leaders, team members, and experts from a certain field. The experiences give the team members better understanding of the communication styles and trust necessary for the interaction with the equal professionals from the world of real business. 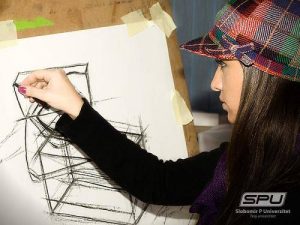 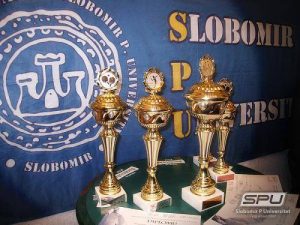 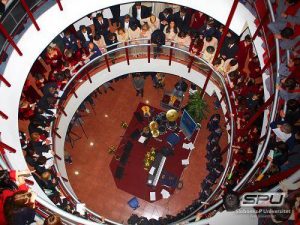 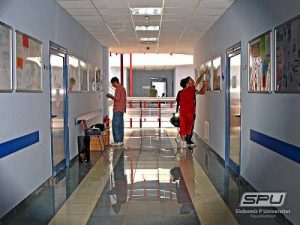 HISTORY
Slobomir P University started working on 3rd November 2003 in two campuses, in Slobomir and Doboj, opening the door to the students of the Faculty for Management and the IT Faculty, whose number was then even more than two hundred. Nowadays, Slobomir P University consists of four faculties and two academies.

From the academic year 2006/2007 beside the four-year studies there were introduced the three-year studies, and the Department for Drama and Acting started at the Academy of Arts. The Academy of Arts from 2010/2011 became richer for one more study program – the Audio-Visual Art on Film and Television.

In November 2004 the program for the employment of students started being realized with the aim to enable the students of the Slobomir P University the working practice during the very studies. With that aim, the contracts on the strategic cooperation with the great number of institutions and economic subjects in the region were signed.

Slobomir P University established cooperation with a great number of universities in close and far surrounding, among which the Northern Illinois University is the striking one and the Contract on the Long-Term Strategic Partnership was signed on the 18th June, 2008. the partnership cover four areas: student exchange, lessons, business aspect and administration. 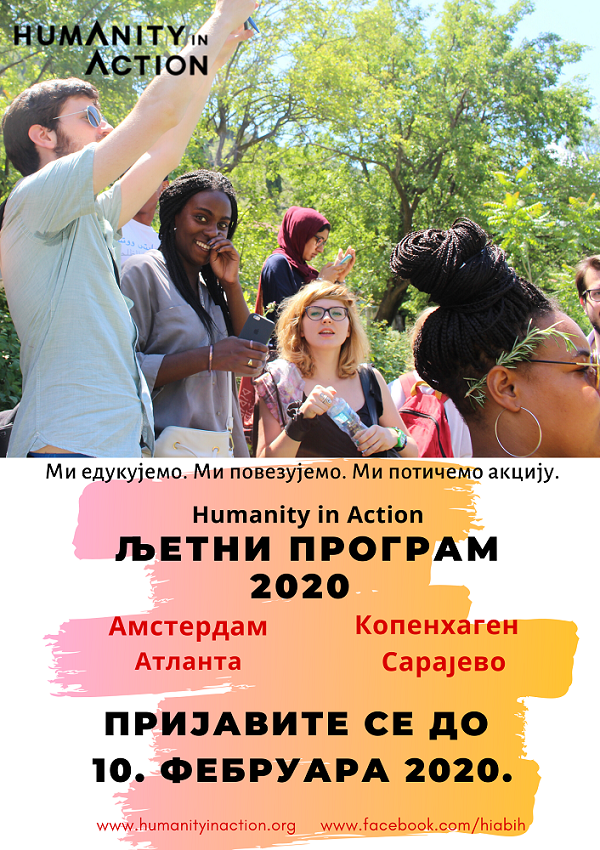